Do You Remember The French and Indian War?

Anyone?  I do, almost as if I lived back then.  My early American ancestors did.

When I wrote historical romance novel Through the Fire I felt as though I’d been through the flames. My hero and heroine certainly had. This adventure romance with a strong The Last of the Mohicans flavor and a mystical weave was born in the fertile ground of my imagination, fed by years of research and a powerful draw to my colonial roots.

My fascination with stirring tales of the colonial frontier and Eastern Woodland Indians is an early and abiding one. My English/Scot-Irish ancestors were among the first settlers of the Shenandoah Valley and had family members killed and captured by the Indians. Some individuals returned and left intriguing accounts of their captivity, while others disappeared without a trace. On the Houston/Rowland side of the family, I have ties to Governor Sam Houston, President James Madison and Malcolm 1st of Scotland (that last one’s a stretch).

Family annals list early names like Beale, Jordan, Madison, and Hite (a German connection I discovered). A brief account of my grandmother (six times removed) Elizabeth Hite, says her sister Eleanor was taken captive and sister Susan killed, though not by which tribe. Their brother Jacob was killed by the Cherokee.

Another ancestor, Mary Moore, is the subject of a book entitled The Captives of Abb’s Valley. A Moffett forebear captured as a child became a boyhood companion of the revered Shawnee Chief Tecumseh. When young Moffett grew up, he married into the tribe and had a son, but that’s the subject of a different novel. A Pennsylvanian ancestor on the Churchman side of the family was invited by the Shawnee/Delaware to help negotiate a treaty with the English because he was Quaker and they were more sympathetic to the plight of the Indians.

Many accounts are left unrecorded, though. Historian Joseph Waddell says we know only a fraction of the drama that occurred during the Indian Wars. I invite you back to a time long forgotten by most.

*A blog visitor recently asked who lost the French and Indian war–the French and the Indians who sided with them.  Mother England won that round.

Shoka held out the cup. “Drink this.”

Did he mean to help her? Rebecca had heard hideous stories of warriors’ brutality, but also occasionally of their mercy. She tried to sit, moaning at the effect this movement had on her aching body. She sank back down.

He slid a corded arm beneath her shoulders and gently raised her head. Encouraged by his unexpected aid, she sipped, grimacing at the bitterness. The vile taste permeated her mouth. Weren’t deadly herbs acrid?

Dear Lord. Had he tricked her into downing a fatal brew? She eyed him accusingly. “’Tis poison.”

He arched one black brow. “No. It’s good medicine. Will make your pain less.”

Unconvinced, she clamped her mouth together.

She parted her lips just wide enough to argue. “It may take more than a mouthful to kill.”

He regarded her through narrowing eyes. “You dare much.”

Though she knew he felt her tremble, she met his piercing gaze. If he were testing her, she wouldn’t waver.

His sharp expression softened. “Yet you have courage.”

“Ms. Trissel has captured the time period wonderfully. As Rebecca and Kate travel in the wilderness, though beautiful, many dangers lurk for the unsuspecting sisters. Away from the gentility they grew up around, the people they meet as they travel to their uncle in the wilderness are rougher and more focused on survival regardless of which side they belong. I love historical novels because they take me to times and places that I cannot visit and Through the Fire is no different. As I read, I’m transported back to the mid-1700’s on the American frontier as Britain and France maneuver to control the American continent. I can see how each side feels they are right and the other side the aggressor. I watch how the natives take sides based on promises made but not kept. I felt I was there through Ms. Trissel’s descriptions and settings… 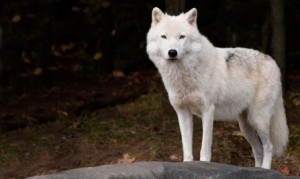 Rebecca and Shoka are so believable as lovers. Shoka is calm but can be roused by Rebecca’s stubbornness. They are well matched as they challenge each other, teach each other, and learn from each other. This is not a boring relationship by any means! I enjoyed the secondary characters from the French Captain Renault to Shoka’s cousin Meshewa. The Shawnee fight on the French side of the war. It’s refreshing not to have the novel from the English point of view but to see the conflict from the eyes of the eventual losers of this war and to see the villains as those who we’ve been brought up to see as the “good guys”.

This is an excellent story where there is so much happening with Rebecca in the center of it all. I’m glad I read it and look forward to reading more of Beth Trissel.” Reviewer: Sheila from Two Lips 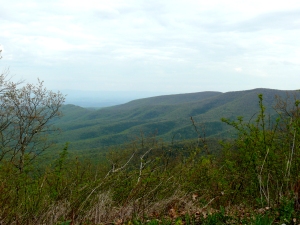 “I had previously admired Ms. Trissel’s use of descriptive language in one of her other works, and that is one of the reason’s I chose to read Through the Fire. I was very pleased to discover that this story contained the same strong imagery. “Shafts of late-day sunlight streamed through breaks in the thickly clustered trees to touch the nodding heads of columbine and rosy mountain laurel. The woods were like a garden long ago abandoned.” As I read this passage, I felt as though I were riding through the woods alongside Rebecca. “Wounded men writhed in the crushed grass, their piteous cries in her ears, while the dead lay where they’d fallen. Crimson stains pooled beneath them.” This brief passage describes one of the many action-packed battle scenes that really pulled me into the story so that I could see and hear the fighting around me.

Through the Fire is full of interesting characters, beautifully described scenery, and vivid action sequences. It is a must read for any fan of historical romance.” ~Poinsettia Reviewer with Long and Short Reviews

***Through the Fire  is available in kindle at Amazon and other online booksellers.

2 responses to “Do You Remember The French and Indian War?”