Sayings and Superstitions From the Shenandoah Valley 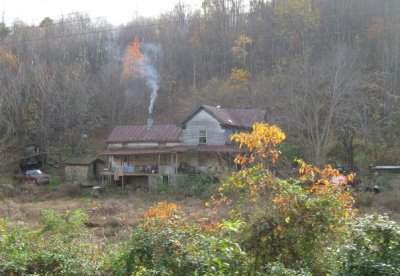 These sayings are taken from Shenandoah Voices:  Folklore, Legends, and Traditions of the Valley by late historian and author John Heatwole. I also threw in some cures.  Pics are by my talented family. 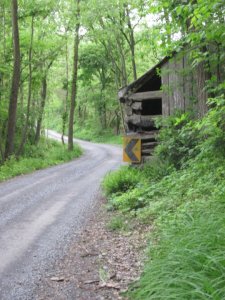 I knew and greatly respected John Heatwole.  He even helped me with some of the initial research for my first historical novels.  The wealth of knowledge he amassed is just one of the rich legacies John left behind.
Shenandoah Voices is my favorite book by him.  I recommend it to anyone interested in the old ways and days of rural Virginia, especially the valley and surrounding mountains.  I was also privileged to hear John speak on this fascinating subject.  He’s best known for his vast knowledge and books about the Civil War.  He was also an amazing wood carver/artist, a man of many talents.  Much missed.
****
Many early valley settlers were Scots-Irish, my ancestors among them.  People from the British Isles tended to be superstitious.  Also prevalent in the valley were Germans bringing the influence of the Pennsylvania-Dutch, another superstitious group.  To quote Michael Scott, boss from NBC’s hit show, The Office, “I’m not superstitious, just a little stitious.”
****

It’s bad luck to lay a hat on the bed.~
An itching nose means a visitor is coming. ~
A cardinal bumping against the window pane is an indication of an early death~
*To this I have to add ‘or an insanely jealous bird regarding his reflection as another male which tends to happen with cardinals.’
Peel an apple all in one piece and throw the peel over your shoulder.  When you turn around and look at it lying on the ground, whatever letter it reminds you of will be the first letter of your future husband’s last name.~
It’s bad luck to point at a rainbow. ~ *I suspect we are all guilty of this one.  Who knew?
It’s bad luck to bring a shovel into the house ‘because it is a grave tool.’ Some also think a hoe in the house bodes no good.~

If you enter a house and leave it without sitting down it is bad luck.  Particularly if you leave by a different door than the one you entered.~
If a bird flies into your house there will soon be a death in the family~Within six months if a whippoorwill comes to your treetop and sings at night. ~ *How many of you have even heard a whippoorwill?  I have.

If a baby smiles in its sleep, the child is talking to the angels. ~ *My personal favorite.

Rain isn’t far behind when a tree shows the underside of its leaves.~

Count the number of foggy mornings in August and that is how many winter snows there will be.~ I heard this one not long ago and suspect it may be true.  I’m also a believer in wooley bears predicting winter…

Sheep shearing takes place around the first of May.  A cold rain will follow within a few days of shearing called a sheep rain. ~

On Ash Wednesday people made pancakes or the chickens wouldn’t lay.~ *We still have pancake suppers in the valley on that day. 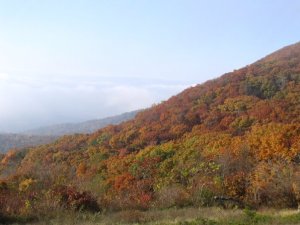 Horse chestnuts carried in the pocket are thought to ward off rheumatism. ~

Sassafras tea is good to thin the blood. ~

Broth made from the hind legs of mice is good for kidney ailments.~ *Not tried this one. ‘Swamp root’ tea is also recommended for kidney disorders.~ I’ll have to research exactly what swamp root is.

For someone who is weak and recovering from long illness, make them sparrow broth tea. ~ *This supposedly saved my grandmother’s life when she was sick as a child.

Before taking a new baby out for its first ride (this probably applied to a wagon or buggy) the ‘herb lady’ rubbed warm bear grease on one of the infant’s palms and the bottom of the opposite foot thus insuring that the baby was protected from the rigors of the journey.

A hog’s tooth carried in your right pocket will ward off toothache.~ *Maybe I should take up this one.

Catnip tea was made for children with colic.~ Tea from peppermint leaves will stop a stomachache.~ *These are still practiced.

Treat measles with sheep manure that has been boiled, strained, and diluted with moonshine.~ *I assume with enough moonshine the patient didn’t notice the manure so much.

For a bad cold put lard on your chest sprinkled with salt. Another remedy is a mustard plaster made with mustard, lard, and egg whites and laid on the chest~ 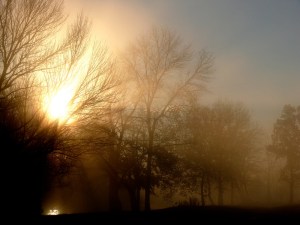 Freckles on the face can be washed away on the first of May. If they are washed in morning dew, they will be transferred to the hands which can be dried on another less visible part of the body like the arms or legs and left there permanently.  It’s recommended that this practice be repeated for three years in a row to work. ~ 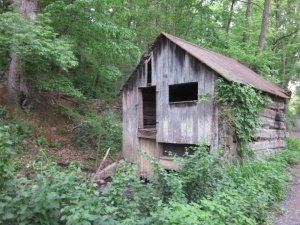 When mumps invade your house put hog manure on the throat as a relief or cure. ~ *Considering the stench of hog manure, I doubt the sufferer would find much relief.

To get rid of warts, tie a knot in a string for each wart you have and bury it under rock.  When the string rots the wart will be gone. ~

If you are sitting up with an ill person and a spark flies from the fireplace in the room, it is a sign of impending death. (Hardy County, West Virginia).

It would be a terrible mistake for you to kill a lightning bug because lightning might kill you during the next electrical storm. (Wise County, Virginia)

In the Blue Ridge Mountains it was believed that if a glass fell from a table after midnight and rolled across the floor, a coffin would have to be made the next day. 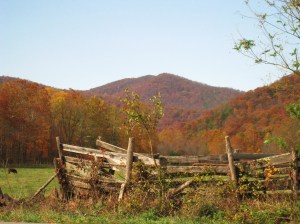 And I could go on, but this is enough for now.  Well, maybe one more.

When springtime rolls around again, and if you are fortunate enough to make a wish on the first toad you see hopping by, you will have abundant good luck. (Wise County)

*Images of the Shenandoah Valley and Mountains taken by my talented family.

8 responses to “Sayings and Superstitions From the Shenandoah Valley”