Poison Hemlock and Some of its Victims, Real and Fictional–Beth Trissel

True Hemlock (Conium) is a member of the great order Umbelliferae, the same family of plants to which the parsley, fennel, parsnip and carrot belong, and can be confused with Queen Ann’s Lace, another name for wild carrots. Which is why you mustn’t eat them. Fatal mistakes can be made. Hemlock grows wild in much of England and Wales, has a scattered distribution in Scotland and Northern Ireland, and has been introduced to America. So it’s here in Virginia. Every part of this plant, especially the fresh leaves and fruit, contains a volatile, oily alkaloid, which is so poisonous that a few drops prove fatal to a small animal.

Death of a Tacoma Woman from Hemlock: “BELLINGHAM, Wash. Posted on May 10, 2010–If the April 1 death of a Tacoma woman was due to hemlock poisoning, it would be the first such fatality in 11 years in the state, the Washington Poison Center said. Sakha Keo, 55, apparently put hemlock in a salad she ate, thinking it was something else, said Annie Waisanen, a Pierce County medical investigator.” 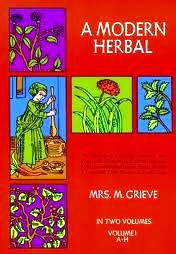 From A Modern Herbal:

“The Ancients were familiar with the plant, which is mentioned in early Greek literature, and fully recognized its poisonous nature. The juice of hemlock was frequently administered to criminals, and this was the fatal poison which Socrates was condemned to drink.” *Although he wasn’t a criminal, just riled the wrong people. So he suffered what must have been a very unpleasant death.

“Hemlock was used in Anglo-Saxon medicine, and is mentioned as early as the tenth century. The fresh green Hemlock is employed in the preparation of Juice of Conium. As a medicine, Conium is sedative and antispasmodic, and in sufficient doses acts as a paralyser to the centers of motion. In its action it is, therefore, directly antagonistic to that of Strychnine, and hence it has been recommended as an antidote to Strychnine poisoning, and in other poisons of the same class, and in tetanus, hydrophobia…In Medieval days, Hemlock mixed with betony and fennel seed was considered a cure for the bite of a mad dog. 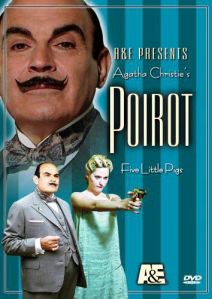 The drug has to be administered with care, as narcotic poisoning may result from internal use, and overdoses produce paralysis. In poisonous doses it produces complete paralysis with loss of speech, the respiratory function is at first depressed and ultimately ceases altogether and death results from asphyxia. The mind remains unaffected to the last.

(*How awful!)  Like many other poisonous plants, when cut and dried, Hemlock loses much of its poisonous properties, which are volatile and easily dissipated. Cooking destroys it.” (*This is not true for all poisonous plants).

In Agatha Christie’s murder mystery, Five Little Pigs, Hercule Poirot is called upon to solve a crime that was committed 16 years ago–the death of Amyas Crale, a famous painter who was poisoned by hemlock.

“When one of the world’s rarest orchids is smuggled illegally into Midsomer Malham, it triggers a catalogue of passion, jealousy and death. First a retired classics teacher and secret sexual siren is poisoned with hemlock, then compulsive collector Henry Plummer is strangled and his beloved orchids destroyed. Barnaby and Scott must find the delicate yellow Roth plant and root out who is prepared to spend hundreds of thousands of pounds, and commit murder, just to get their hands on it.”

8 responses to “Poison Hemlock and Some of its Victims, Real and Fictional–Beth Trissel”