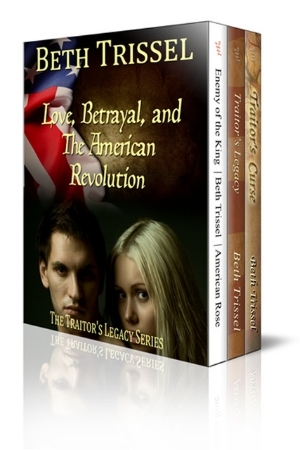 To say the American Revolution captivates me is almost an understatement. I’ve been intrigued by colonial America, both the frontier (think The Last of the Mohicans) and, especially, the revolution, ever since I can remember. Not only because of research into family genealogy, although that pointed me there. I’ve long been engrossed. Such a dramatic time period, so much happening on many fronts. Not dry-as-old-bones stuff, but enthralling, vivid, and vital. OK, so they wore funny looking wigs. Not all did. Thomas Jefferson wore his own hair, among others. Even so, that doesn’t negate this amazing era.

Never before, or since, has there been such a gathering of brilliant minds intent on creating a new country, unlike any in the history of civilization. The exalted list includes: George Washington, John Adams, Thomas Jefferson, James Madison, Alexander Hamilton, James Monroe and Benjamin Franklin. (This is where I casually mention my kinship to James Madison.) These men didn’t always agree, but they came together to pull off the unimaginable, with help from some courageous wives, like Abigail Adams, and countless others who played their part.

Spies, intrigue, cunning, and betrayals are all going on behind the battles. The most infamous traitor of all, Benedict Arnold, inspired book two in my Revolutionary War series and the title–Traitor’s Legacy. When I wrote award-winning historical romance novel, Enemy of the King, I didn’t realize two more novels would follow. Yes, people also fell in love back then. I have that straight from the lips of one of the historians who assisted me in my research. A little paranormal crept into the stories, as it tends to with me, but the history is there!

The Traitor’s Legacy Series Box Set with all three novels. Available from all online booksellers. The novels are also in print at Amazon and The Wild Rose Press.

And there’s a lot of hoopla going on, so pop into Facebook–party central! 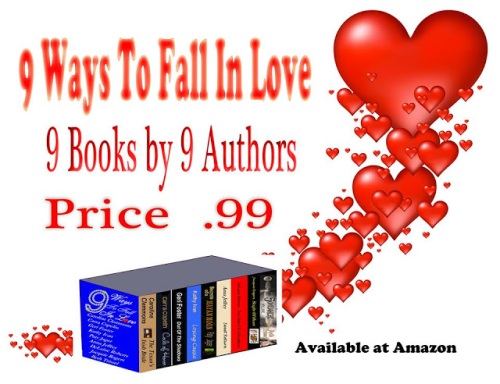 Prizes! From September 1st through September 30th, we’re giving away prizes large and small, but always swell. Day one is the Kindle!  Other prizes include a second Kindle, a Coach backpack purse filled with books, a silver good luck necklace, cubic zirconium ear studs, signed print books, a survival tin and necklace, a silver Celtic necklace and earrings, e-books, Gift Cards from $10 to $50, chocolate truffles….

To enter, leave a comment on the Facebook party page, or go to the newsletter site at www.southerncomfortromance.com and subscribe to the newsletter. If you’re eager to snag your copy of Nine Ways to Fall in Love at the low price of .99, it’s out now at Amazon. But zip on over! As of October first the price rise to 8.99! Still a great bargain for nine novels, but a lot more.

Early review are great! And now, the authors and their books:

Caroline Clemmons, THE TEXAN’S IRISH BRIDE. Cenora Rose O’Neill knows her father arranged the marriage trap for Dallas McClintock but she’d do anything to protect her family. Wounded rescuing Cenora from kidnappers, rancher Dallas learns his wife has a silly superstition for everything. But passion-filled nights with her make up for her annoying habits and family.
Carra Copelin, CODE OF HONOR. Graeme McAlister returned home to discover why his foster-brother supposedly overdosed on morphine and crashed a company jet. When Graeme McAlister comes back to McTiernan, TX and stirs up widow Maggie Benning’s old memories and feelings, can she overcome past pain to accept the a new love in her life? Can Graeme and Maggie fight the evil threatening their family?
Geri Foster, OUT OF THE SHADOWS. Falcon Securities Agent Brody Hawke sees the world from a tilted angle. A.J., who saved Brody’s life, is captured and diplomats are getting nowhere in his rescue. Brody takes over even though he knows his impetuous actions will ruin his career. CIA agent Kate Stone’s life is torn apart when Brody kidnaps her. When she and Brody reach A.J., they learn the situation is more serious and far-reaching than they’d imagined. Brody, Kate and Falcon Securities must rescue A.J. and stop the assassination of the President of the USA. Will Brody and Kate discover love along the way?

Kathy Ivan, LOSING CASSIE. Welcome to Destiny’s Desire Lodge, where The Fates manipulate and the Fate-Keeper battles to unite predestined souls. The arrival of a mysterious letter draws Jake Stone to Destiny’s Desire. Cassie Daniels has been running for seven long years. To find happiness she must face past evil. When Fate and Destiny collide . . . can Love survive?
Paty Jager, SECRETS OF A MAYAN MOON. Doctor of Anthropology, Isabella Mumphrey, is about to lose her university job. Her mentor’s request for her assistance on a Guatemalan dig is the opportunity she’s been seeking. DEA agent Tino Kosta, is deep undercover as a tracker and jungle guide. Isabella’s appearance heats his Latin blood, taking him on a dangerous detour that could leave them both casualties of the jungle.
Anna Jeffrey, SWEET RETURN. When Dalton Parker is summoned home to handle a family crisis, the last thing he expects is a prime pasture of his family’s ranch taken over by stinking chickens. The explanation is Joanna Walsh, his mother’s best friend. He can’t keep from admiring Joanna’s caring nature and common sense, not to mention her great body. The dumbest thing he could do is try to lure her into his bed, but he’s never been smart when it comes to women.

DeLaine Roberts, TWO SIDES OF A HEARTBEAT. After a beautiful proposal, Dr. Grayson Brooks pleads with his fiancé, Alexandra Morrison, not to get on the plane. Once the plane is in the air, events turn their lives upside down. Secrets and the past once again haunt both families. Alexandra is so close to having it all: a baby, a gorgeous husband, and a family united. But is she strong enough to fight for what she wants?
Jacquie Rogers, SLEIGHT OF HEART. Starched-up Lexie Campbell, more comfortable with neat and tidy numbers than messy emotions, must find the man who ruined her little sister and make him marry her. When his lookalike brother Burke appears, she greets him with a gun and forces him to help her. Smooth-dealing Burke O’Shaughnessy, riverboat gambler and prestidigitator, must find his brother Patrick to claim the family fortune. But when Lexie shows an astounding talent for counting cards and calculating odds, he figures she might be useful after all. Can he resist the queen of hearts?
(Me!) Beth Trissel, SOMEWHERE MY LOVE. Two hundred years ago Captain Cole Wentworth was murdered in his chamber where his portrait still hangs. Presently the estate is a family owned museum run by Will Wentworth. As spirit-sensitive tour guide Julia Morrow begins to remember the events of Cole’s death, she must convince Will that history is repeating, and he has the starring role in the tragedy. The blade is about to fall.