Sweet Pea & Friends The SheepOver–One of the Biggest Book Sales of the Year!

I’m thrilled to announce my brother, John Churchman, and his wife Jennifer’s, children’s book, Sweet Pea & Friends The SheepOver, has sold to Little Brown and Company in a multi-book deal for an astounding price. The write-up is in Publisher’s Weekly. 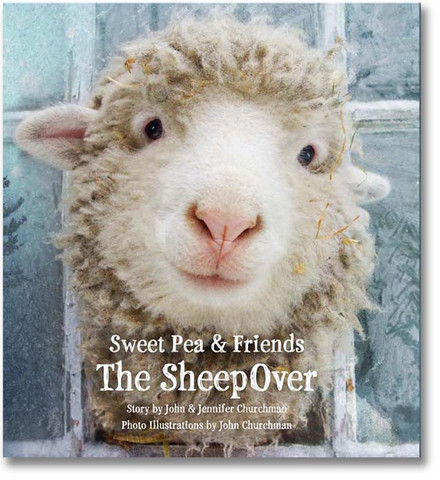 The catch your breath response to this heartwarming tale lies in ‘Farmer John’s’ enchanting illustrations, coupled with the country lifestyle he and his family embrace in rural Vermont. Sweet Pea, the star of the show with her irresistible smile, was an injured lamb this past winter when she gained the sympathetic attention of John’s Facebook friends. Folk of all ages eagerly followed her recovery, cheering her on, and relishing John’s wonderful photographs. Word spread and followers urged him to create a children’s book. That’s how this unbelievable journey began. Less than a year ago! Sweet Pea and friends have their own FB page too, which I invite you to savor.

Initially, John and co-author Jen, undertook a Kickstarter campaign to publish the book. After meeting their goal in the first 24 hours, they continually expanded it to greater heights. But that’s nothing in comparison to where they’ve launched now, among the stars.

In A Storybook Life, a film segment on the television show Stuck in Vermont, Farmer John, along with Sweet Pea and friends, were interviewed last February. This charming glimpse into their earthy world is well worth a peek. 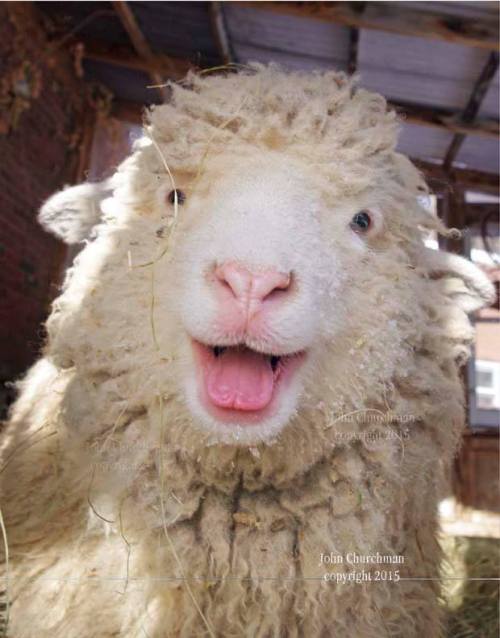 (Sweet Pea with her ‘hay hair’ look and that contagious smile)

After John took Sweet Pea & Friends The SheepOver to a local bookstore, The Flying Pig, the co-owner, Elizabeth Bluemie, was so impressed she wrote up a fabulous piece for Publisher’s Weekly, When a Self-Published Book Is Done Right. Bluemie’s enthusiasm, coupled with John’s utterly unique illustrations, caught the eye of agents. Overnight, or sooner, they were knocking on his door. He and Jen chose Brenda Bowen/Greenburger Associates, who didn’t waste any time in bringing Sweet Pea to the attention of the mightiest publishers in NY and the world. John and Jen soon found themselves speaking with the heads of publishing houses, (unheard of!), each one trying to persuade them that their company was the best pick. Everybody wants Sweet Pea.

So yes, I’m super-psyched to share in this astonishing journey, and look forward to continuing on as readers young and old discover the wonder of Sweet Pea & Friends The SheepOver. Makes sense to me. As a child, my favorite toy was a cuddly lamb. Our grandmother took John and me to a toy store–a rare treat–and told us we might each choose a toy. Lambey was my choice and I had her for years, through multiple family moves, until she was so disreputable I reluctantly parted with her as a teenager. I’ve found her again in Sweet Pea,

Because the book is already so perfect, Sweet Pea & Friends The SheepOver is coming soon to a bookstore near you in time for Christmas.

**** For those of you who’ve wondered what the C in my email addy and other media sites stands for, it’s Churchman!

8 responses to “Sweet Pea & Friends The SheepOver–One of the Biggest Book Sales of the Year!”