The Reality of ESP by Russell Targ 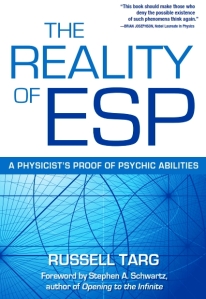 I’ve always been intrigued by ESP, or ‘the sight’ as Shawnee warrior, Wicomechee, refers to it in Red Bird’s Song. Some people are amazingly gifted, while others have a smidgen (me). In this glimpse into The Reality of ESP, Author Russell Targ highlights details about the Psychic Police Officer, Pat Price. These are just a few tidbits. There are many more examples and experiences in the book.

From Russell Targ: My psychic career involved two further outstanding  events: First, my little post-SRI research group, Delphi Associates, made $120,000 by psychically forecasting for nine weeks in a row the direction and amount of changes in the silver commodity futures market—without error. This successful forecasting of “December Silver” made the front page of the Wall Street Journal and led to a NOVA film in 1983. The other notable success was that our SRI lab was the first to identify and name the kidnapper of San Francisco heiress Patricia Hearst, who had been abducted from her home in Berkeley. Our great friend and psychic policeman Pat Price went with us to the Berkeley police station, where I stood with him at a big wooden table as he put his finger on the face of a man his ESP chose as Hearst’s kidnapper. He did this from a police loose-leaf mug-book of hundreds of photos (four to a page). He then went on to tell the police where to go to find the kidnap car. When the kidnapper and the car were confirmed the following day, I knew I had just seen a “miracle.” 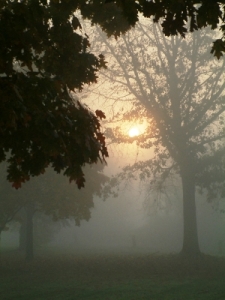 With the CIA’s funding, we had a chance to start our ESP research in earnest. To meet John McMahon’s requirements described in the last chapter, Hal Puthoff and I began the applied SCANATE Program (scanning with geographical coordinates)  at  SRI with painter Ingo Swann and police commissioner Pat Price. These were what the CIA called “demonstration of ability” trials. Using coordinates provided to us, our two psychics were able to look into and describe correctly a NSA secret cryptographic site in Virginia. This was a free test for the CIA to determine whether they would have any further conversations with us about anything. Ingo Swann made a detailed drawing of the distant site, as we described earlier, and Pat was able to name correctly the site and read code words from the National Security files, as confirmed by both NSA and the CIA. Reading anything is an exceptional feat in our remote-viewing experiments. In my experience, Price’s ability remains unprecedented.

As Price began his narrative that day, he said he was psychically “flying into the site at 1500 feet” and described many elements similar to those of Ingo. But Price went on to say that “it looks like an old missile site—big, roll-up steel doors cut into the hillside, well-concealed with large, 100-foot rooms underground  . . . some kind of command center.” He even correctly read off several “code-word” classified la- bels on a folder on a desk and a filing cabinet—“CUEBALL, 8-BALL, RACKUP,” etc.— including the NSA name of the facility, which was “HAYFORK or HAYSTACK.” We, of course, had no idea if any of this was correct. But it was all confirmed when we had a visit from officers from both the CIA and NSA. 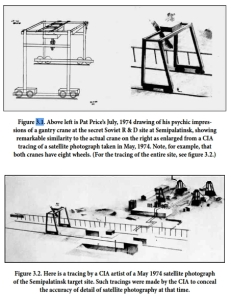 In July, 1974, Price described and drew to scale a Soviet Siberian weapons factory at Semipalitinsk with remarkable detail; it included an enormous, eight-wheeled gantry crane and a concealed sixty-foot steel sphere then under construction. What he drew was all confirmed by satellite photography—the crane at once and the steel sphere, three years later.

My witnessing of this miraculous work of Pat’s is one of the reasons I believe in ESP. To elaborate from data recorded in my lab notebook: On that July day in 1974 I sat with Pat in our little, copper-screened, electrically shielded room and gave him the slip of paper with the geographical coordinates that I had received from the CIA agent, Ken Kress—who was waiting for us in the vault in the basement of our building. Needless to say, neither Pat nor I had any idea what the test target was. Not even the CIA knew what was going on there at that time.

Pat leaned back in his old oak desk chair, polished his gold rimmed glasses, and closed his eyes. After a few moments he began to de- scribe his mental images. He said, “I am in the sunshine lying on top of a three-story building in some kind of R&D [research and development] complex. The sun feels good.” As he was psychically lying there, he said, “Some kind of giant gantry crane just rolled over my body. It’s going back and forth. . . . This is the biggest damn crane I’ve ever seen. . . It runs on a track, and it has wheels on both sides of the building. It has four wheels on each side of the building. I have to draw this.”

With that, Pat asked for a ruler to make the drawing of the whole facility, with gas cylinders, buildings, rails, and pipes. He then made a detailed drawing of the gantry crane, shown on in figure 3.1 below. A tracing of the actual crane from a photograph of the whole site taken in May, 1974 is shown in figure 3.2 below. In comparison, while some parts of Pat’s overall sketch were correct, others appeared not to be. Pat disagreed. He felt he had it right. As it turned out, some things he drew in July of 1974 that weren’t in the satellite photograph had indeed been changed in the two months since the May photo had been taken. The accuracy of Price’s drawing is the sort of thing that I, as a physicist, would never have believed had I not seen him draw it myself. 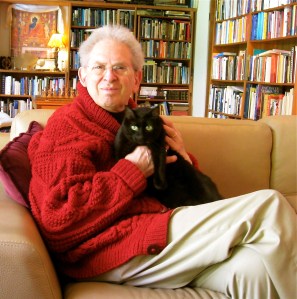 To learn more about Russell Targ’s work as the co-founder of a 20 year $25 million research program investigating psychic abilities for the CIA, Army Intelligence and many other agencies at Stanford Research Institute (SRI).

Get your copy at Amazon.

More information from the virtual book tour for The Reality of ESP at http://bookpromotionservices.com/2013/09/03/reality-esp-tour/

What people are saying about The Reality of ESP by Russell Targ http://bookpromotionservices.com/2013/09/03/reviews-reality-esp/

The Reality of ESP – full version – Russell Targ on his recent book – http://www.youtube.com/watch?v=ZeUA9Ryp2r0

Russell Targ (remote viewing) on The Hundredth Monkey Radio May 12 2013 Hour One – http://www.youtube.com/watch?v=2Xtd6OGVGRg

The Reality of ESP – Russell Targ on Physics and ESP from his recent book – http://www.youtube.com/watch?v=zhRubnF4dN8 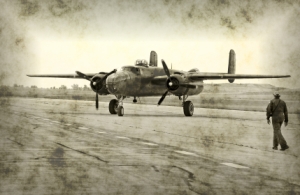 About The Reality of ESP: A Physicist’s Proof of Psychic Abilities

Nobel laureate physicist Brian Josephson says, “This book should make those who deny the existence of [psychic] phenomena think again.” In The Reality of ESP, Targ presents evidence from the $20 million research program he co-founded at Stanford Research Institute (SRI) in the 1970s. The amazing feats of psychic ability he details include: While remote viewing for the CIA, SRI psychics found a downed Russian bomber in Africa, reported on the health of American hostages in Iran, and described Soviet weapons factories in Siberia. When San Francisco heiress Patricia Hearst was abducted from her home in Berkeley, a psychic with the SRI team identified the kidnapper and then accurately described and located the kidnap car. After leaving SRI, Targ’s group made $120,000 by psychically forecasting for nine weeks in a row the direction and amount of changes in the silver commodity futures market – without error! Targ also describes a plan for developing your own psychic abilities. 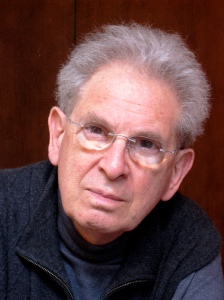 Physicist Russell Targ was the co-founder of a 20 year $25 million research program investigating psychic abilities for the CIA, Army Intelligence and many other agencies at Stanford Research Institute (SRI). This previously SECRET research and applications program is now declassified. Targ has written a comprehensive book describing the remarkable accomplishments of this program.

For More Information About Russell Targ and The Reality of ESP – http://bookpromotionservices.com/2013/09/03/add-info-reality-esp-russell-targ/

***Amazon Links for The Reality of ESP in Print -in Kindle

6 responses to “The Reality of ESP by Russell Targ”