About The Nine Fold Heaven: An ex spy and nightclub singer who undertakes an emotional and dangerous journey to reunite with her lost lover and the baby she was told was stillborn, and to discover the secret of her parents’ murder. 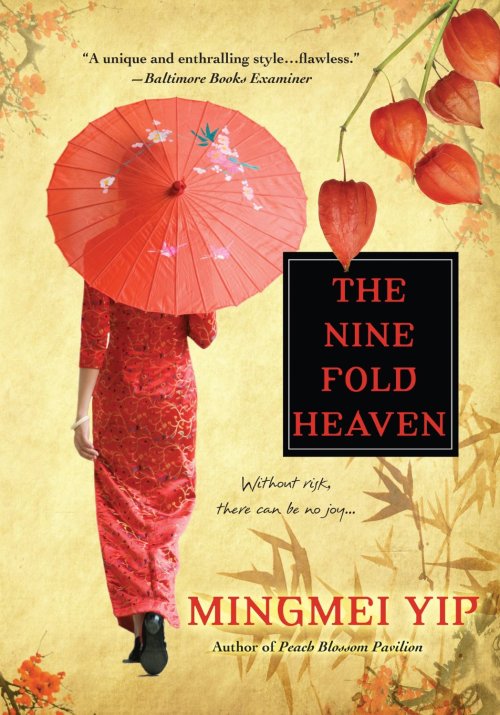 From Mingmei Yip: One day when Yuan was on his trip to take the imperial examination, he saw a hunter shooting at a pair of geese. One fell to the ground and died, the other one, instead of flying away, landed next to its partner, crying and hitting its head on the ground till it also bled to death. Deeply moved by the love suicide, Yuan wrote the above line which is known to many millions of Chinese. He also buried the two geese together and their grave became the famous “Geese Grave.”

Another line with a similar sentiment is from the three thousand year old Book of Poetry: “I’ll hold your hand and grow old with you.”

Yet another poem says, “In life, if our love is always like the first time we met, there will be no lover abandoned like an Autumn fan.” At the beginning love is sweet and passion deep. However, love that cannot stand the trial of time is only shallow infatuation. That is why the poem next says, “When in an instant love is gone, we just blame fickleness of the heart!”

In my new novel The Nine Fold Heaven, I tried to portray undying love, both between man and woman and between mother and child. Camilla, a spy assigned to assassinate a powerful gangster head – disastrously falls in love with her target’s son. Though she is told that their baby was stillborn, he appears in her dreams and she vows to find him, even though it means “going inside the tiger’s mouth.”

Story Excerpt– the protagonist Camilla’s baby coming into her dream:

That night, my baby Jinjin came to my dream. But one thing disturbed me —  he’d not been growing.

I asked. “Jinjin, how come you don’t grow but stay the same as the first time you visited me?”

“Because my mother abandoned me. She’s famous for being cruel and scheming. I tell you, Mama, people can survive without food but not without love.”

“Who told you this?” 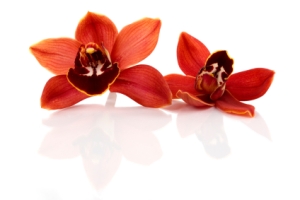 He nodded, each thread of his lustrous, silky hair tugging at my heart.

“Sometimes I’ll sneak out from my crib and crawl to where he sits. Baba has aged a lot because he’s very lonely and he misses you. I never talk to him because he doesn’t even know that I exist. So I can only watch and listen but I heard him say this to himself.”

Before I could respond, he went on. “Mama, though most of the time I think he is my father, other times I’m not so sure.”

He answered in a mocking tone. “Oh you forget? You had others besides my Baba, remember?”

His saying hurt so much that I was speechless.

“But Jinjin, I love you, very much! In fact you’re the one who’s taught me to love.”

He didn’t respond to my declaration of love, but continued in his childish voice. “I’ll soon turn one year old, but sadly I’ll have to spend my birthday all by myself.”

“But I can celebrate with you!”

His expression turned sad. “How? I can’t always come to your dreams and I won’t let you in mine.” 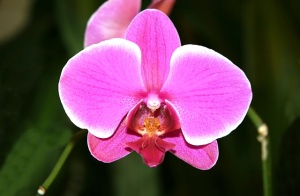 “But Jinjin, why can’t you let me into your dreams?”

“No, Jinjin! You are a living being, my son! What makes you think you’re not real?”

“Mama, I’m confused. When you gave birth to me, I heard someone says that I’m dead, a stillborn, what does that mean?”

“Because here you are in my dream and my life.”

Just then I woke up, wetting my pillows with tears flowing like the Huangpu River.

I wanted my real Jinjin in my arms — not merely in a dream.

I had to go back to Shanghai to find him. Even if I’d get killed trying – so be it.

***Come along with an ex spy as she returns to Shanghai where she’s a wanted woman – but she has to search for her baby and her lost lover. Is her baby really alive? Will she be able to find her lover? Can she elude the police long enough to find them? Learn much more about Nine Fold Heaven and Mingmei Yip at http://www.mingmeiyip.com and get your copy of this exciting and exotic novel at http://www.amazon.com/The-Nine-Fold-Heaven-Mingmei/dp/0758273541/ 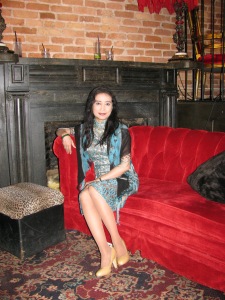 Mingmei Yip has been writing and publishing since she was fourteen years old and now she has twelve books to her credit. Her five novels are published by Kensington Books and her two children’s books are published by Tuttle Publishing.

Mingmei is also a renowned qin (ancient string instrument) musician, calligrapher and painter. In Hong Kong, she was a columnist for seven major newspapers. She has appeared on over sixty TV and radio programs in Hong Kong, Taiwan, China and the US. Visit Mingmei at: www.mingmeiyip.com