The Ghosts Behind Paranormal Romance Novel Somewhere My Love–Beth Trissel 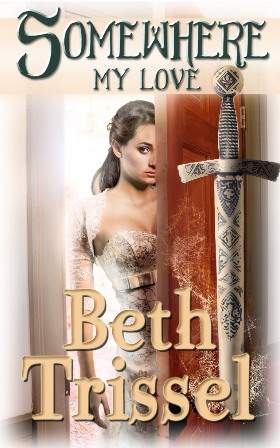 A Night Owl Top Pick: “The story will draw a reader in and will not let go until the very last page. It is a novel that will live in the hearts of its readers for a very long time.”

June is when I conceived the idea for Somewhere My Love, so time for a backwards glance.

Virginia has more ghost stories than any other state in the Union, umpteen volumes of them. Not because Virginians have a more fertile imagination (although we may) but sadly because the Old Dominion has seen more bloody battles over the centuries than any other. Think back, Jamestown (founded 1607) was the site of the oldest successful English settlement and its history is a violent one. And on we go to the many heart-rending wars fought with the usurped Indians, a number of them waged on Virginia soil. March on to the Revolution; anyone heard of Yorktown, to name just one famous battle? And let’s not forget that horrific most uncivil of wars, much of it fought in, you guessed it, Virginia.

This multitude of hauntings doesn’t only feature soldiers caught in an endless fray who haven’t gotten word the war’s over, although there are legions of tales that do and entire companies of ghosts said to battle on. Many tales center on the myriad of people, great and small, who dwelt in our richly historic state. The old Virginia homes and plantations have accumulated a wealth of such stories. 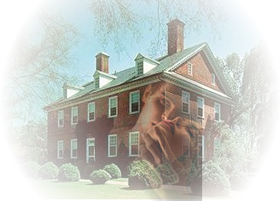 It was while touring some of these English styled manor homes with my dear mother that the kernel of a story first came to me for Somewhere My Love (Somewhere in Time Series).  Added to this meld of vintage Virginia is my own heritage. On my father’s side, I descend from old Southern gentry, impoverished after the Civil War, Great Depression, and other misfortunes, including the untimely death of my brilliant grandfather. But the gracious Georgian home his ancestor built (circa 1816) still stands in the countryside near historic Staunton.  My Christmas novella, Somewhere the Bells Ring (Somewhere in Time Series), was inspired by this wonderful old home.

Since childhood, I felt the family home place was haunted and wove stories through my fevered mind, along with my continual search for Narnia which entailed frequent treks into the old wardrobe. But I digress. Frequently.  The magnificent ancestral portraits in my family and on display in other Virginia homes held me transfixed, wondering. And it was just such a portrait of a striking dark-haired gentleman who embedded himself in my thoughts. Who was he? Why did he die so young? That other painting of the fair young lady…did she love him? 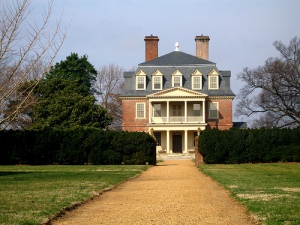 Often, the guides at these old homes are brimming with tales. But other times we are left to wonder…and ask ourselves are these folk who’ve gone before us truly gone, or do some still have unfinished business in this realm? And what of the young lovers whose time was tragically cut short, do they somehow find a way? Love conquers all, and so I answer ‘yes.’
*Homes most prominent behind the inspiration for Somewhere My Love:
Berkely Plantation (On the James River & well worth a visit)
Family home place called Chapel Hill (Not open to the public)
Shirley Plantation (On the James River & well worth a visit)

Blurb For Somewhere My Love:
Fated lovers have a rare chance to reclaim the love cruelly denied them in the past, but can they grasp this brief window in time before it’s too late?
Two hundred years ago Captain Cole Wentworth, the master of an elegant Virginian home, was murdered in his chamber where his portrait still hangs. Presently the estate is a family owned museum run by Will Wentworth, a man so uncannily identical to his ancestor that spirit-sensitive tour guide Julia Morrow has trouble recognizing Cole and Will as separate. As Julia begins to remember the events of Cole’s death, she must convince Will that history is repeating, and this time he has the starring role in the tragedy. The blade is about to fall.~

“As I read Somewhere My Love, I recalled the feelings I experienced the first time I read Daphne DuMaurier’s Rebecca long ago. Using the same deliciously eerie elements similar to that gothic romance, Beth Trissel has captured the haunting dangers, thrilling suspense and innocent passions that evoke the same tingly anticipation and heartfelt romance I so enjoyed then, and still do now.” ~joysann for Publisher’s Weekly
***Somewhere My Love is available at Amazon in kindle and print, but I expanded the story for the relaunched kindle version, so more for less.