For a Limited Time, Historical Romance Novel Kira, Daughter of the Moon is Reduced–Beth Trissel

Normally $5.99, for the next week, Historical Romance Novel Kira, Daughter of the Moon is on sale for .99 In Amazon Kindle  And Nookbook.

Can a beautiful Scots-Irish healer suspected of witchcraft and a renegade white warrior find love together and avoid the hangman’s noose in the colonial frontier?  If you read and enjoyed Through the Fire and want to know what happened next, Kira, Daughter of the Moon is the sequel.

“This is one page turner you might read in record speed. Except when you get near the end. If it’s read slower the story will last longer. That’s when it’s time to savor the story for a while and when the story is really good it almost seems a shame to begin another book with the memory of the current book still fresh in your mind.” ~Martha Decker for Examiner.com

With the terror of the French and Indian War fresh in her mind, can Kira love a white warrior?
Logan McCutcheon returns to colonial Virginia after seven years in the hands of Shawnee Indians. But was he really a captive, as everybody thinks? He looks and fights like a warrior, and seems eager to return to those he calls friends and family.

Kira McClure has waited for Logan all those years, passing herself off as odd to keep suitors at bay–and anyone else from getting too close. Now that he’s back, he seems to be the only person capable of protecting her from the advances of Josiah Campbell and accusations of witchcraft. And to defend the settlers against a well-organized band of murderous thieves.~ 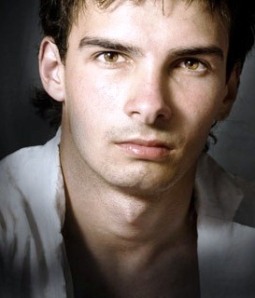 Set among the superstitious Scots in the rugged Alleghenies, Kira, Daughter of the Moon is an adventurous romance with a blend of Celtic and Native American flavors, and is Book Four in my Native American Warrior series.
The series loosely ties together based more on time and place and strong Native American characters than as a traditional series that follows the storyline, except for Kira, Daughter of the Moon and Through the Fire. In addition to Native Americans, hardy Scots-Irish frontiersmen and women, colonial Englishmen and ladies, and even a few Frenchmen also play an important role in this series. So far, it spans the gamut from the dramatic era of the French and Indian War, through Pontiac’s War, The American Revolution and shortly thereafter. But that time period may broaden as more stories are added to this line, and there will be more sequels.

2 responses to “For a Limited Time, Historical Romance Novel Kira, Daughter of the Moon is Reduced–Beth Trissel”