In a former post, I discussed the beautiful but deadly herb Aconite, or wolfsbane (sometimes spelled wolf’s bane), also known as monkshood.  In this post I’m dwelling on its wolfsbane component as werewolves and the herb are linked in lore.

Regarding werewolves, wolfsbane is reputed to repel not kill werewolves and vampires.  I gleaned that from this site on : How To Kill A Werewolf, Methods and Materials.

The contributor,  named Buddy,  recommends the following to kill a werewolf, should you need to know by the next full moon: “Silver. You’ll see this in almost any movie that you watch about werewolves – werewolf hunters are always in need of the “silver bullet” to kill the werewolf, claiming that that is the only thing that will kill it. Sometimes a silver blade is used.  This method is used often in hollywood movies and werewolf fiction, and often anything that is pure silver will work. Piercing the heart is the preferred method. (Note: Some say that silver is just a concoction of fiction and hollywood, and that silver cannot really kill a werewolf.  True or no? I don’t know.”

But it’s certainly worth considering, I might add.  Buddy goes on to recommend mercury, also known as ‘quicksilver’ so you see the connection, for dispatching a werewolf, decapitation, which in my thinking will kill most anything that needs killing, and he reminds us that werewolves when pitted against one another will destroy each other.  A win, win, as I see it.  So I suggest arranging a showdown at the witching hour. 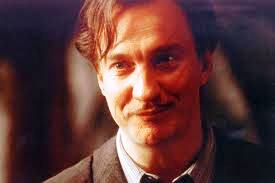 If that fails, Buddy suggests doing away with the werewolf while the creature is in his human form.  A debate is underway in my household as to how one can discern exactly who the werewolf is in their human form.  This strikes me as important, so double-check to be certain.  Another difficulty that may arise with this approach is the attachment one might feel for an individual in his human form.  I mean, who wants to kill Professor Lupin?  Whatever your scheme in dealing with werewolves, remember to keep your wolf’s bane with you At All Times.

The following quote is from: http://www.werewolves.com/destruction-wolfsbane/ 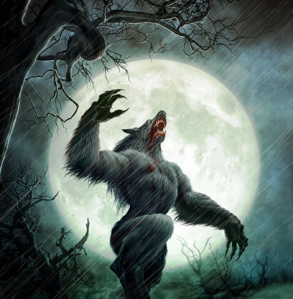 “As its name clearly shows us, this plant isn’t so wolf friendly; it is a very deadly poison. When mixed with bait and devoured by a wolf, or even put on arrowheads, knives, swords…etc. and then fired or stabbed into the animal’s body, this toxin is fatal.”~

There seems to be much disagreement as to whether wolf’s bane is solely a repellent or may also kill werewolves or cause an individual to become one, or may actually heal werewolves.  I feel a case could be made either way all depending on how much wolf’s bane is used and in what manner the poison is dispensed, and what lore you adhere to.  *Also, what the lore the werewolf adheres to.   It may be that the scent is noxious to them.  Woops, my mistake if they like it and draw near.  Unless, that’s what you desired in the first place as part of your ploy in luring said werewolf to its certain destruction.  Let me know how that works for you. 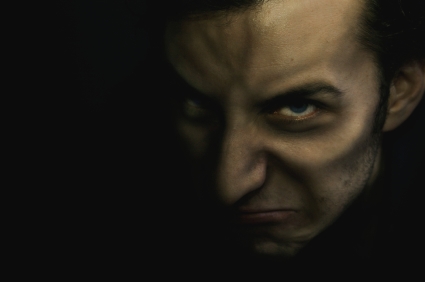 As to vampires and wolf’s bane, there isn’t a lot I could find on this.  But The Vampire Book says: “Aconite also known as Wolf’s bane was believed by the ancient Greeks to have arisen in the mouths of Cerberus (a three-headed dog that guards the entrance to Hades) while under the influence of Hecate, the goddess of magic and the underworld.

It later was noted as one of the ingredients of the ointment that witches put on their body in order to fly off to their sabbats. In Dracula (Spanish 1931), aconite was substituted for garlic as the primary plant used to repel the vampire.”~

*I took a poll among authors who write dark paranormal romance and this is their feedback:

From vampire author Tony-Paul de Vissage: Wolfsbane is a very deadly poison.  Even handling the damp seeds can give off a toxic alhaloid which can be absorbed through the skin. Like garlic and holy water, wolfsbane is supposed to have an adverse effect on vampires and was used in the 1931 Dracula to keep vampires from entering houses although there is no mention of this in the novel itself.  I’d guess it’s more of an inconvenience than anything else.  Nothing short of decapitation, a stake through the heart, or being burned, will completely destroy a vampire. 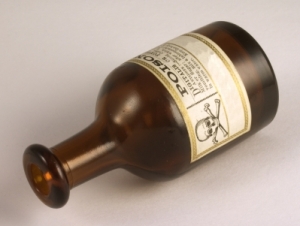 From author Barbara Edwards: Wolfsbane is a deadly plant with absolutely beautiful spikes of blue flowers. The leaves and roots need special handling to prevent harm.  The poisonous sap can be absorbed through the skin or in an liquid dose. Aconite, the distilled wolfsbane can kill within minutes. It’s deadly to anyone, not just werewolves.

From The Magical Herbal: Folklore says planting wolfsbane at the door will repel the beast. Although Lon Chaney popularized the full-moon as a trigger for werewolves, they have the ability to change at will. The folklore says wolfsbane can cure a werewolf, but first he must die from its effect.

From author Linda Nightingale: In Greek mythology, Medea attempted to poison Theseus with a cup of wine poisoned with wolfsbane. In the folklore archives of the University of California at Berkeley, a recorded testimony of an immigrant from eastern Germany states that wolfsbane and silver knives were placed under mattresses and cribs to repel werewolves and vampires.

In Vampire Wars, Aconitum or Wolfsbane is ascribed with supernatural powers in the mythology of werewolves and vampires, often used to deter, poison or even kill werewolves, and to a lesser extent, vampires.  In other folklore, aconite was said to transform a person into a werewolf if it is worn, smelled, or eaten.

From author Masha Holl, http://mashaholl.com: Wolfsbane is aconite, but not all aconite is Wolfsbane (or monkshood). The European variety, although poisonous enough to be deadly, is not as toxic as the Asian variety, and yet even the Asian variety has been used in healing medicine for centuries as well as in the preparation of poisons. Aconite can trigger hallucinations.

The actual, historical, and verified use of aconite in medicine is probably (almost certainly) at the basis of its connection with werewolves, as is the legend that it was created (or given is poisonous qualities) from the slobber of Cerberus during Hercules’ fight with the dog of hell.

From author Terry Spear, Author of Heart of the Wolf series:  “Wolfsbane/Wolfbane is a flowering plant or herb, purple, yellow, pink, or white, in color, known as Aconitum, that in literature has been used in a number of different ways in reference to werewolves. Ironically, in some literature, wolfsbane can kill the werewolf, in others, it changes a human into a werewolf, in even others, it keeps the human part of the werewolf equation from turning into his wolf form. Which goes to show that authors use wolfsbane for whatever happens to suit their werewolf story best. And here when I went to research it, I thought wolfsbane kept the werewolf from shifting into his beastly form. So beware, depending on what tale you read, wolfsbane might have the opposite effect from what you had always believed!”

Magical Uses: Wolf’s bane is added to protection sachets, especially to guard against vampires and werewolves. This is quite fitting, since wolf’s bane is used by werewolves to cure themselves. The seed, wrapped in a lizard’s skin and carried, allows you to become invisible at will. Do not eat or rub any part of this plant on the skin; it is virulently poisonous.~

Clearly, more research is needed, but we are having enough trouble with coyotes and I am not brave enough to tackle the realm of werewolves.  Feedback, please, from those of you who dare go forth and do battle with this powerful creature.  And God bless you in your quest.

15 responses to “Wolfsbane and Werewolves”