Ties to the Past~Succotash and Sage 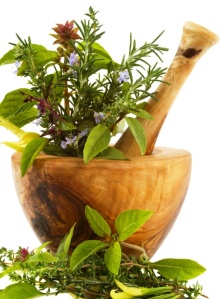 During my vast research for historicals set in early America I came across a wealth of plant lore and recipes.  An avid gardener, I love to grow herbs, heirloom flowers and vegetables. To see, smell, touch and taste the same plants known to my ancestors is a rich connection to those who’ve gone before me.  A common thread in my work, whether writing straight historical or paranormal romance is my passion for the past.

The following early American recipes are lifted from a slim volume I picked up at the nearby Museum of Frontier Culture located outside of historic Staunton Virginia in the beautiful Shenandoah Valley where my family has lived for several hundred years.  By ‘frontier’ they mean colonial.  At one time, the valley and mountains were the colonial frontier, the setting for my new release colonial Native American Romance Novel Red Bird’s Song.

From The Good Land: Native American and Early Colonial Food by Patricia B. Mitchell 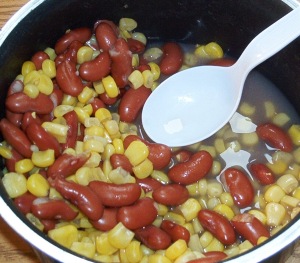 “To make your own Indian style succotash, combine equal parts cooked red or kidney beans and cooked whole kernel corn. Season to taste with salt and pepper, butter or margarine (or bacon drippings)  and  heat.

Historically speaking, succotash is the forerunner of the popular Southern ‘Big-pot’ combination of vegetables and meats known as Brunswick stew. (Incidentally, boiled soup was typical Indian fare.  The Iroquois served soup at almost every meal. Each person had his own spoon and wooden bowl, and when invited to eat with a friend, he took along his own utensil and bowl.) 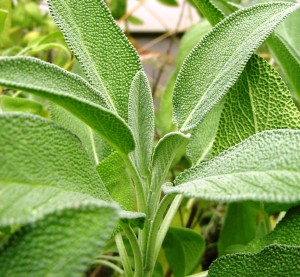 Sage is indigenous to the North shore of the Mediterranean, but when the Europeans brought it and other herbs here, the Indians were quick to investigate the new plants. They found sage useful as a curative for ‘a host of ills.'”

*The colonists were equally eager for the plants/herbal knowledge shared with them by the Native Americans.

Combine the dry ingredients. In a separate bowl mix the liquids and then stir in the dry ingredients. Mix well. Using your hands, form two balls. On a level surface flatten these balls into discs about 3/4 inch thick. Cut each disk into eight wedges. Place on baking sheet and bake at 375 F. oven for about 10 minutes. Turn the scones over and bake another five minutes. Serve hot.