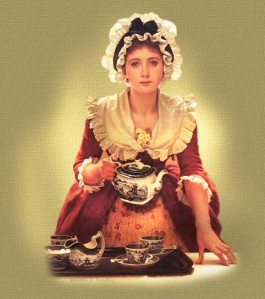 During my VAST research for historicals set in early America I came across a wealth of plant info and recipes.  An avid gardener, I love to grow herbs, heirloom flowers and vegetables.  To see, smell, touch and taste the same plants known to my ancestors is as rich a connection to the past as I can have, and I’m fascinated with those who’ve gone before me—a common thread in all my work; whether writing straight historical or paranormal romance, the past looms large.

The following nuggets are lifted from a slim volume I picked up at the nearby Museum of Frontier Culture located outside of historic Staunton, Virginia in the beautiful Shenandoah Valley where my family has lived for several hundred years.  By ‘frontier’ they mean colonial.  At one time, the valley and mountains were the colonial frontier, the setting for my Historical Romance Novel Red Bird’s Song.

The Good Land: Native American and Early Colonial Food by Patricia B. Mitchell

Sift together flour, baking powder, and salt. Beat egg and add milk and butter.  Add to flour mixture and beat until smooth.  Add vegetables. Drop by tablespoons into shallow hot fat (or oil) in skillet.  Fry for four minutes or until brown on all sides. Drain on absorbent paper.

“Pumpkin was one of the plentiful Indian crops for which the English soon ‘developed a necessary liking.’ The food has been described as the ‘fruit which the Lord fed his people with til corn and cattle increased.’

This old verse illustrates the early dependence of settlers in the New World upon pumpkins: “For pottage, and puddings, and custards, and pies. Our pumpkins and parsnips are common supplies. We have pumpkins at morning and pumpkins at noon; If it were not for pumpkins, we should be undoon.”

They cooked the fruit into a ‘gruel’ flavored it with butter, vinegar, and ginger. I would open the pumpkin and remove the seeds, then cut the flesh into pieces before cooking, but that direction isn’t included as it’s assumed you know that. Peeling is easier after it’s cooked.

An early recipe for ‘Pompkin Pie.’

“One quart milk, 1 pint pompkin, 4 eggs, molasses, allspice, and ginger in a crust, bake for 1 hour.”

If that recipe isn’t clear enough, here’s an old Mennonite pumpkin pie recipe. It assumes you grew your own pumpkins, of course, but you can substitute canned.

Pastry for one 9 inch pie crust.

Pour mixture into unbaked crust. Bake at 425 for 10 minutes then reduce heat to 350 and continue baking for 30 minutes.

For more on the Virginia Frontier Culture Museum:

A fascinating and highly educational ‘living history’ site ideal for families, school field trips, and anyone with a passion for history .  To quote from their website:

” A Journey to the past…The Frontier Culture Museum tells the story of the thousands of people who migrated to colonial America, and of the life they created here for themselves and their descendants. These first pioneers came to America during the 1600s and 1700s from communities in the hinterlands of England, Germany, Ireland, and West Africa. Many were farmers and rural craftsmen set in motion by changing conditions in their homelands, and drawn to the American colonies by opportunities for a better life. Others came as unwilling captives to work on farms and plantations. Regardless of how they arrived, all became Americans, and all contributed to the success of the  colonies, and of the United States. 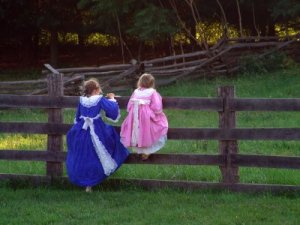 To tell the story of these early immigrants and their American descendants, the Museum has moved or reproduced examples of traditional rural buildings from England, Germany, Ireland, West Africa, and America. The Museum engages the public at these exhibits with a combination of interpretive signage and living history demonstrations. The outdoor exhibits are located in two separate areas: the Old World and America. The Old World exhibits show rural life and culture in four homelands of early migrants to the American colonies. The American exhibits show the life these colonists and their descendants created in the colonial backcountry, how this life changed over more than a century, and how life in the United States today is shaped by its frontier past.”

One response to “Historical Research and Colonial American Recipes”